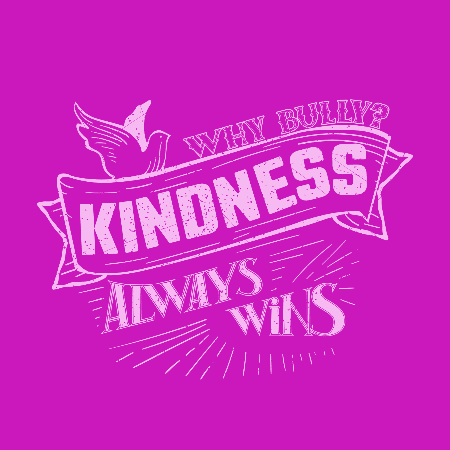 DID YOU KNOW?
Pink Shirt Day was inspired by two wonderful young men in a small­town in Nova Scotia who stood
in solidarity against a bully who harassed a grade 9 boy for wearing a pink shirt to school. After David Shepherd and Travis Prince heard that a boy was being bullied for wearing a pink shirt to school, they organized their friends, went out and bought 50 pink shirts and handed them out as students arrived at school. On that first Pink Shirt Day, 50 students proudly wore pink shirts as a statement that bullying would not be tolerated. When the boy who had been bullied walked into school, and saw all the students wearing pink shirts, 'It looked like a huge weight was lifted off his shoulders; Mr. Price recalled. The bullies were never heard from again."

From there, a movement was born. Since 2007, Pink Shirt Day has grown year-over-year into a global campaign to raise money, awareness and conversation around anti-bullying. In 2008, Feb 27 was proclaimed Anti Bullying Day in British Columbia.

This year, Queen Mary Elementary would like you to join in solidarity with our school, your co-workers, and community members by wearing pink shirts on Feb 27th.

As a fundraiser for anti-bullying initiatives at our school, we are selling shirts with an anti-bullying message written by one of our grade 3 students and a design inspired by her artwork. It's hot!